What is sextortion and what does it have to do with water and sanitation?

Where are the Women? Equal representation of men and women is essential in WASH sector

Sex for Water: WIN in conversation with ANEW

Women and Water: The Story of Alice Rutto

Water and sanitation through a gender lens

Water integrity is a woman’s issue

“I do not want to tell you what we endured, what we had to go through to get that water”

Stand up against sex for water!

Making school WASH work for and with students in Bangladesh

Women as managers of water committees: the case of the Molle Molle Central Water Committee

Integrity for WASH in schools in Bangladesh: WIN in conversation with DORP

Whose Job Is It to Fetch Water?

The role of women in Kenya’s rural water sector: WIN in conversation with Caritas Switzerland

Despite the prominence of roles for women in the water sector, they are rarely consulted about the provision and delivery of water services, and women’s needs for water for families or for irrigation are often given a low priority by water managers and decision-makers – a failure of integrity (Cap-Net and GWA, 2014). For example, service failures affect women from a young age. Toilets for girls in schools are not prioritized, with the result that they may stay away from school when menstruating (van der Gaag, 2010). And women are often the ones who have to pay for water, whether this is an above-board user fee or a bribe, even though their income is often lower than men’s (Cap-Net and GWA, 2014).

Women are the main collectors and managers of water for the household. Women and girls bear the majority of the burden of water collection in many parts of the world, especially in Africa and rural Asia. [1] In Africa, 90 per cent of the work of gathering water and wood is done by women. 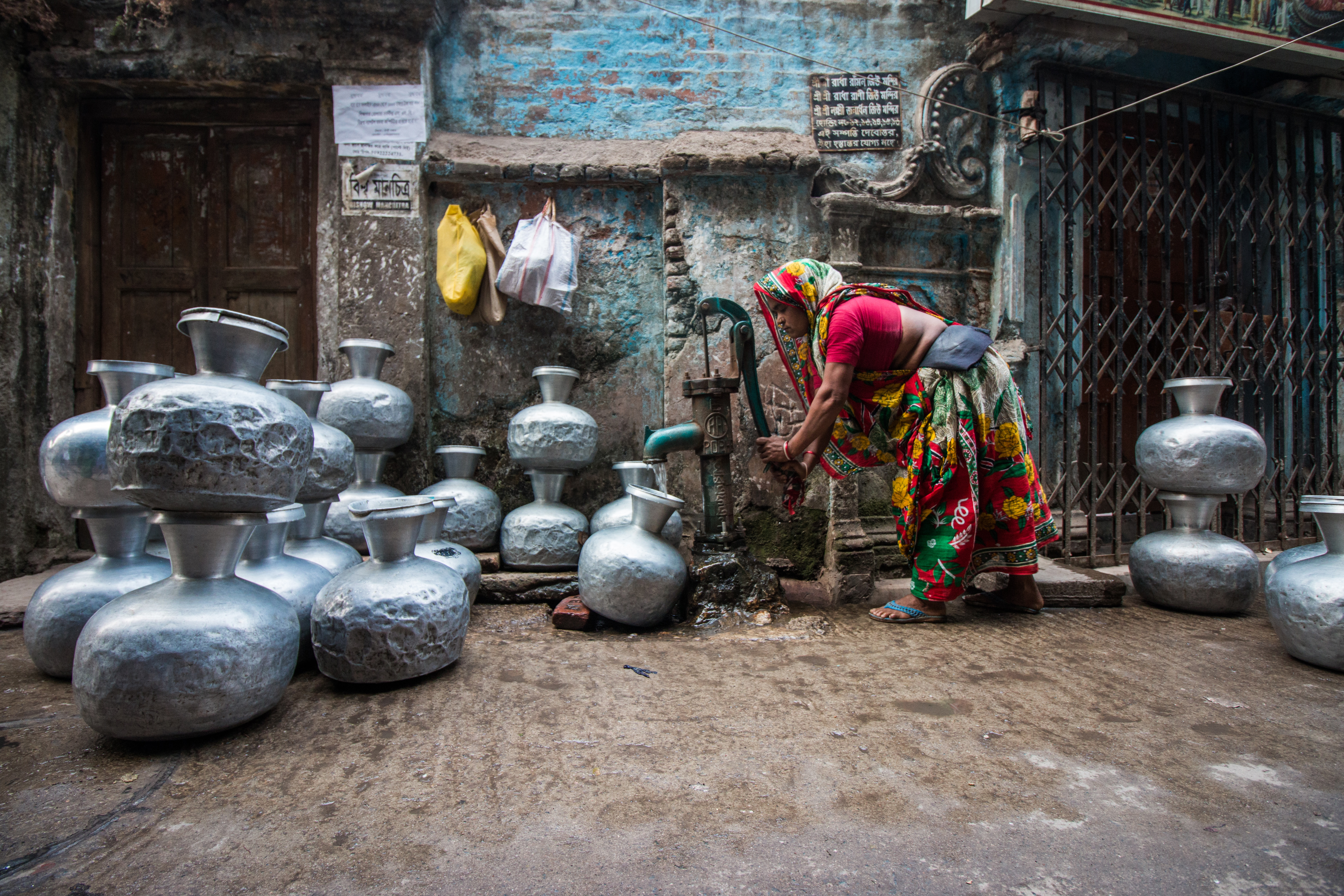 Water collection leaves women and girls less time for other activities, including income generation, studying and participating in decision-making or leisure, and it has proved to have detrimental health effects (Evans et al., 2013; Geere et al., 2010). In Tanzania, a survey found school attendance to be 12 per cent higher for girls living 15 minutes or less from a water source than for girls whose homes were an hour or more away (Redhouse, 2004). Attendance rates for boys appear to be far less affected. [2]

Women may be threatened or attacked when making the long journey to fetch water, or the shorter journey at night to find a private place to relieve themselves. Water providers may demand sex as a ‘bribe’ for providing services (known as ‘sextortion’). However, sextortion is neither recognized in the main international conventions nor monitored in international surveys. Therefore, it remains a hidden (and contentious) form of corruption. It is also one that affects women and girls disproportionately (UNDP, 2012).

Women own only 2 per cent of the world’s private land, and even when they have a legal title they are often prevented from accessing its resources. Water rights, including access to official irrigation systems, are linked to land rights. Although women’s involvement in subsistence farming is key to feeding entire families, they often have little or no access to irrigation to grow the food they need (Cap-Net and GWA, 2014).

In 2010 UN-Habitat and the Italian NGO YAKU started a collaboration to answer the demand for a sewer system and water treatment plant in Villa Satélite, a peri-urban town in Bolivia. From the outset the project aimed to introduce the crosssectional approach on the gender perspective. The project worked with technical professionals and local communities to raise awareness about the importance of taking women’s opinions into account. Common meetings were held for both men and women to discuss the project, but in addition women-only spaces were organized, for them to gather their concerns, needs and suggestions and to boost their confidence. The project managed to incorporate women at the same level as men in the decision-making process, address some of their main concerns (such as toilets inside the house, for safety reasons) and set up the basis for female participation in future projects (Cap-Net and GWA, 2014; UN-HABITAT and GWA, 2013).

WHAT NEEDS TO BE DONE?

The water needs of women and girls are explicitly mentioned in Goal 6.2 of the current Sustainable Development Goals (SDGs), as are their access to economic resources, basic services, ownership and control over land and other forms of property, inheritance, natural resources, appropriate new technology and financial services (Goal 1.4). Moreover, women’s ‘full and effective participation and equal opportunities for leadership at all levels of decision-making in political, economic and public life’ are mentioned in Goal 5.5. [3]

A number of international organisations, among which are the Gender and Water Alliance (GWA) [4] and the Women for Water Partnership, [5] have been working on these issues for years, and at local level women’s self-help groups play a key role in water management, many of them heavily engaged in the fight against corruption and devising innovative strategies for increased accountability and transparency. Women’s skills and knowledge are key for the effective and efficient management of water and there can be no integrity without full participation by women in decision-making. Many institutions need to review their policies and procedures in this light.